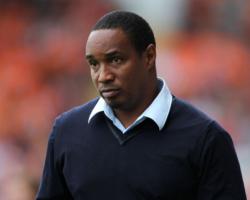 Win leaves Clarets on the brinkBurnley are on the brink of returning to the Barclays Premier League and could achieve automatic promotion in a matter of hours after they defeated struggling Blackpool 1-0 at Bloomfield Road.Michael Kightly's second-half strike leaves the Clarets 11 points clear of third-placed Derby, meaning anything less than a victory for Steve McClaren's men at Doncaster later this evening will see Sean Dyche's men return to the top flight after a four-year absence.The east Lancashire club this morning denied claims that Dyche was issuing monetary fines if a member of his squad mentioned the word 'promotion'

Even so, it has not been a topic of discussion around Turf Moor with Dyche never wavering from his one-game-at-a-time mantra.Now, though, Kightly's strike has brought them to the verge of achieving automatic promotion and, were it not to be achieved this evening, the Clarets know they need just a point from their remaining three fixtures.On the other hand Blackpool remain in deep trouble on a day in which the atmosphere around Bloomfield Road grew more acidic towards chairman Karl Oyston.Some fans threw tennis balls on to the turf, others embarked on pitch invasions and coach Bob Malcolm was caught on camera pushing substitute Stephen Dobbie in the face on a miserable afternoon for the Seasiders.Blackpool were unable to include knee-injury victim Ricardo Fuller in their ranks, a big loss considering they have not won without him since he made his debut back in August

However, there was a spot in the XI for 18-year-old debutant Harrison McGahey.But it was one of the hosts' more experienced defenders who invited Kightly to help himself inside the opening 10 minutes.Jack Robinson's wayward pass towards his own goal was seized upon by Kightly yet the Stoke loanee was unable to find a way past stand-in captain Matt Gilks in the one-on-one situation.It was the type of chance that 25-goal striker Danny Ings would have relished but when presented with two sniffs at goal himself, the England Under-21 international fired disappointingly at Gilks on each occasion.The Seasiders' back five was proving a resolute obstacle and although Robinson came off injured on the stroke of half-time, they entered the break level with Ashley Barnes' swerving half-volley not troubling Gilks.It was a flat first 45 minutes from the automatic promotion candidates, who were far better in defeat against Middlesbrough last weekend.At the start of the second period, though, the Clarets soon found a way through.Kightly won a corner inside the opening minute and Michael Duff steered a fantastic chance off target when David Jones' cleverly worked corner found the central defender.And it was Kightly who made amends for his earlier miss with a glorious opener in the 49th minute.The winger, who had shifted to the right flank, played a one-two with Dean Marney and took a couple of touches before bending a fine effort into the far corner from the edge of the area.Perhaps mindful that with only one striker on the pitch there was little chance of Blackpool finding a leveller, the home fans then focused their attention on a very visual protest against chairman Oyston.First Blackpool fans behind Gilks' goal hurled tennis balls and tangerines on to the pitch, forcing referee Michael Oliver to halt proceedings

And, moments later, play was stopped again as a handful of pitch invaders came on to the pitch with continued chants of discontent aimed at Oyston.Tensions were high at Bloomfield Road and the discord was everywhere, with TV cameras then picking up Malcolm thrusting a hand into Dobbie's face as he waited to come on.Malcolm was sent to the stands and saw Blackpool heap on the pressure in the closing stages