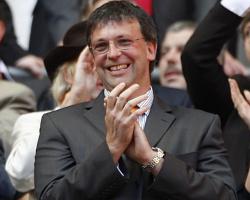 Oyston has been urged to resign by the club's president Valeri Belokon after he called a supporter a "retard".

An FA statement said: ""Having only recently come into possession of all the relevant material, the FA has sought the observations of Blackpool chairman Karl Oyston in relation to text messages he is alleged to have sent to a third party

Mr Oyston has until Thursday 15 January 2015 to respond."

In a statement issued through the club in December, Oyston apologised and said he was "challenging some of the abuse, harassment and threats" he had received after his mobile phone number was made public on a website.

Belokon, who owns 20 per cent of the club's shares, said Oyston should resign and also stated he would be prepared to buy out the Oyston family if they were interested in selling.